We would love to hear how Santa Rosa Junior College made a difference in your life.  If you have memories or stories to share, please fill out this form. We'll add them to this page.  We invite you to get involved or simply join us throughout 2018 to help celebrate the pride, purpose and progress of SRJC's 100 years! 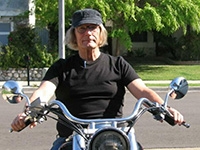 After graduating SRHS in June 1961, I attended SRJC for two years, graduating in 1963 with an AA Degree in Engineering. However, Professor Milton Hoen, my Calculus instructor who was a survivor of one of Hitler's concentration camps, got me interested in math and I changed my major when I continued my education at Cal Poly, San Luis Obispo. I graduates with a BS Degree in Applied Math in 1965, got a secret clearance and spent the next eleven years working as a computer programmer on Air Defense systems in Southern California.
Continue Reading... 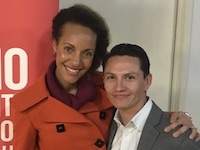 I didn't earn a certificate or degree from the SRJC, it not only laid a foundation for my eventual Bachelor of Science from the University of California at Davis, it made it possible. I couldn't afford four years at a university. Without the SRJC, college wouldn't have been an option. For this, I will be eternally grateful.  During my time at the SRJC, I received individualized instruction and guidance from countless talented and passionate professors, whose wisdom I carry with me to this day. I met hard-working, driven students who engaged and inspired me. I benefited from numerous…
Continue Reading...

SRJC was the best thing to happen to me!  I took a bus from NYC at 16 years old to attend the school.  It was a culture shock being in Northern California, yet, I was embraced by the students, faculty and staff.  SRJC allowed me the comfort of the small dorms, the theatre department and the student government.  I was involved in almost every aspect of student life.  Working in the planetarium and managing the international music series.  I had the best time of my life!  SRJC faculty cared about me and was encouraging in my academics.  I excelled.  Fast forward, I attended Harvard University…
Continue Reading...

Very proud that both my children - Louis and Elizabeth Vas - attended SRJC and then matriculated to SSU. Also grateful that I was elected to the SRJC Bd. of Trustees and served '08 - '12. Excellent institution! 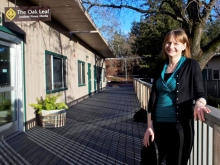 “SRJC taught me how to discover my own voice and be confident in myself. It allowed me to make mistakes and get confidence in myself and my abilities and find faculty mentors. I met my tribe at the Oak Leaf. I’m still friends with some of the people I met through the newspaper. I got excited about the world of media while working there.”
Continue Reading...

When I transferred to SRJC, I fell in love with the Digital Media department. I had experience with graphic design but wanted to learn how to code websites. The professors were very supportive and taught with heart. I especially enjoyed the capstone class with Ethan Wilde that allowed us to develop non-profits websites. It was like working at a real design firm. Immediately after graduating in Spring 2017, I obtained a great job in San Francisco as a UI/UX Engineer. I now work on Fortune 500 companies websites using the skills I learned at SRJC.

I just moved to Petaluma over the summer. So far college has been great - the best time of my life! Moving was the best thing for me and college has given me a new perspective on life. SRJC has given me the the dream to transfer to Chico State and so far everything is working out. That’s my story!

I had a great time attending Santa Rosa Junior College. It is an excellent school. I am grateful for the opportunities attending SRJC allowed me to pursue. 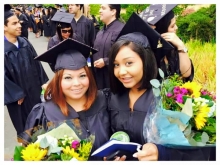 SRJC opened my eyes to a whole new perspective on education. Education was not always a priority on my check list of fun things to do. Early in my middle school years I began to dislike going to school, and started a journey of truancy. When I began going to High School my bad habits continued, during my junior year I was kicked out of my regular high school and referred to Ridgway High School, a continuation high school. My bad habits did not end at Ridgway High School, I certainly made sure that I continued my truancy legacy and missed school almost my entire junior year. Finally, at the…
Continue Reading...

In 1969 or 1970 I was a part time student at the college.  I was a combat Vietnam Veteran and was a discharged sergeant at the age of 20.  I was registered in an English Class and the first week of class the group decided to pray for peace in  Cambodia.  The instructor asked if there were any Vietnam Veterans in the class so I acknowledged that I was a Veteran.  He requested that I drop the class because they didn't want to pray for peace with baby killers.  It was a sign of the times and a  reminder that no matter how great your institution is and has been there are dark moments lurking…

I feel blessed that I attended SRJC. In 2012 at the age of 42 I re-entered school to pursue obtaining a college education that I walked away from when I was nineteen years old. August 2012 I began with the plan to study Studio Arts, and English/Creative Writing. My true passion is painting and even though I had dropped out of school I intermittently with other tasks in life, painted and made art. This included a brief stint at Antenna Theater in Sausalito where I was a fabricator, and assistant art director. I was making art for Chris Hardman who founded the theater company. 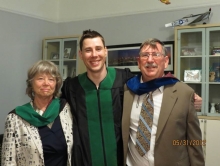 "I attended Maria Carrillo High School as the first graduating class of 1999, then went to SRJC on the Doyle Scholarship, receiving my A.S. in chemistry in 2001. Despite having some of the best public universities in the country available to me, the cost, even as an in-state resident, was prohibitive. Thanks to the Doyle, I had essentially zero out-of-pocket expenses."
Continue Reading...

I have been a part of Santa Rosa Junior College for well over 20 years helping in the Student Affairs office. In student government I learned how government works and what teamwork is like. I have loved it because I've helped to put on great events and other great things for the Community College and I intend to keep on doing that as well as being an STNC for Gary Watts. SRJC is my family.